Not Helping, He's Parenting: A Look At Why Moms Mother But Dads Help - Mothering 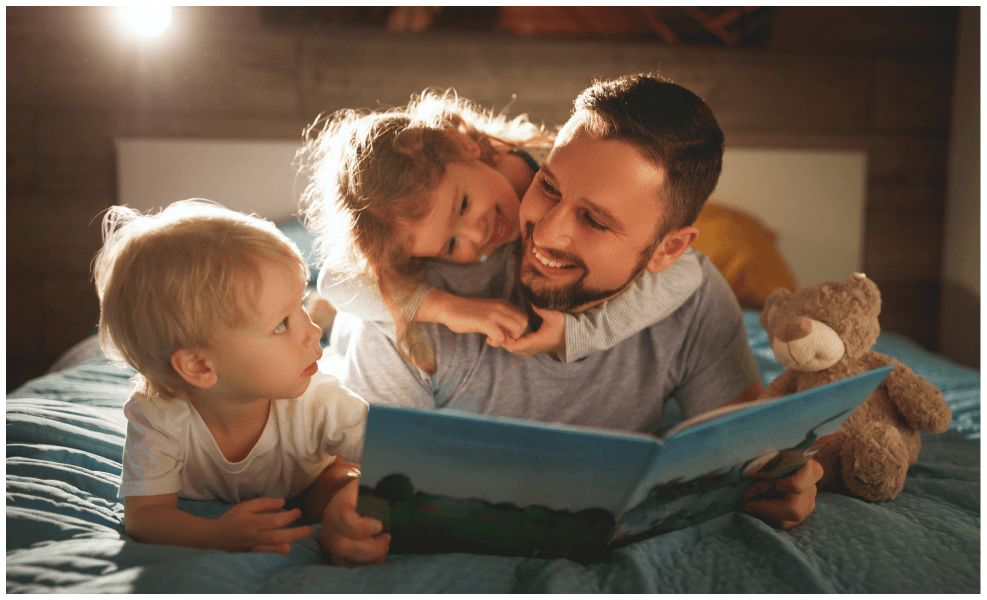 In an interview with Hello Giggles, Knightley asked, “Why do we not expect a working man to be looking after their children as much as their partner is?”

She’s starring in a new movie, Misbehaviour, which is set in 1970 and focuses on women’s liberation, but brought up the question of equality in parenting for Knightley.

In the interview, Knightley shared that she feels tremendous guilt when she’s away from her kids as a working mother, but also wonders why we never ask men that same thing. She wondered why we as a society believe that a working man shouldn’t be looking after his children as much as his partner would? Or more, she wondered why we make the assumptions that men don’t feel as guilty about not spending more time with their children.

Knightley also pointed out the different feelings society has toward a mother and a father with regard to doing traditional parenting things. Saying, “It’s really rare to see a guy at a children’s [daycare], and if he is, people say, ‘Ooh what a lovely dad. Look at him looking after his own children,’ “You would never say that to a woman.”

And, as a working mother and military spouse who has definitely had to take on more of the parenting roles in the absence of my husband as he’s engaging in work exercises that are simply impossible to get out of, I found myself nodding my head.

Which is not to say that my husband is not a fantastic father, or that he doesn’t have the tremendous guilt that Knightley says we assume men don’t have when they’re not able to be more involved in parenting their children due to their work obligations. When our son turned two, my husband went to Afghanistan for a year, and missed out on some pretty amazing development of our little boy. He fared FAR worse than we did here. We traveled, we cuddled and we enjoyed every day together and I knew it killed my husband to be so far away and so unable to do anything with us together.

But the fact is that we’re both good parents, and both sacrifice of our time and our own wants and desires to do what’s in the best interest of our son. One of us gets more credit for it though, because, as Knightley pointed out, it’s rarer to see dads as involved as mothers obviously are, and rarity gets noticed.

Part of it is probably the fact that women still only make about $.82 of the $1.00 that men do in the same job. Men are still considered to be traditional breadwinners with likely more money-making potential because of that wage gap. While that is certainly true in our family based on the nature of my husband’s job, it’s ONLY because of MY sacrifice and choice to not pursue a similarly paying job in favor of being more available for our son’s needs that he’s been able to do that.

And it’s likely the case for many families. Yes, we as mothers would probably choose the ‘job’ of mothering every day of the week and twice on Sundays because there is literally nothing like loving and raising a child.

It needs to be said more often. Fathers are not ‘watching,’ or ‘babysitting,’ their children. They’re parenting, plain and simple.

And maybe some moms choose a traditional mother/father division of labor in which mom is responsible for all things domestic and child-rearing while dad is the 9-5 provider who comes home to cooked dinner and cleaned house and bathed kids ready to have a bed-time story before being tucked in. I don’t think there’s anything wrong with that either, if that’s what couples choose.

But the expectation needs to emphasize that it is the mother’s choice to do that, not her expectation because society still sees dads who will take the kids out for two hours a weekend as hero parents. It’s not fair to the mother, but even more? It’s not fair to the father, many of whom absolutely want to be as involved in parenting their child as they can (Like mine!) and don’t appreciate being viewed as part-time parents.

I’m all about giving people praise and encouragement and positive reinforcement, but I hear what Knightley is saying when we as mothers make a big deal out of a father fathering but feeling inadequate in the tremendous role our mothering plays in our children’s growth.

We need to stop assuming dads who are involved are not supposed to be the norm, and give them space to be parents. Not babysitters or helpers or watchers or hero dads who break all the archaic dad stereotypes from long ago.