Should Kids Run Long? Here’s What They (and You) Need to Know 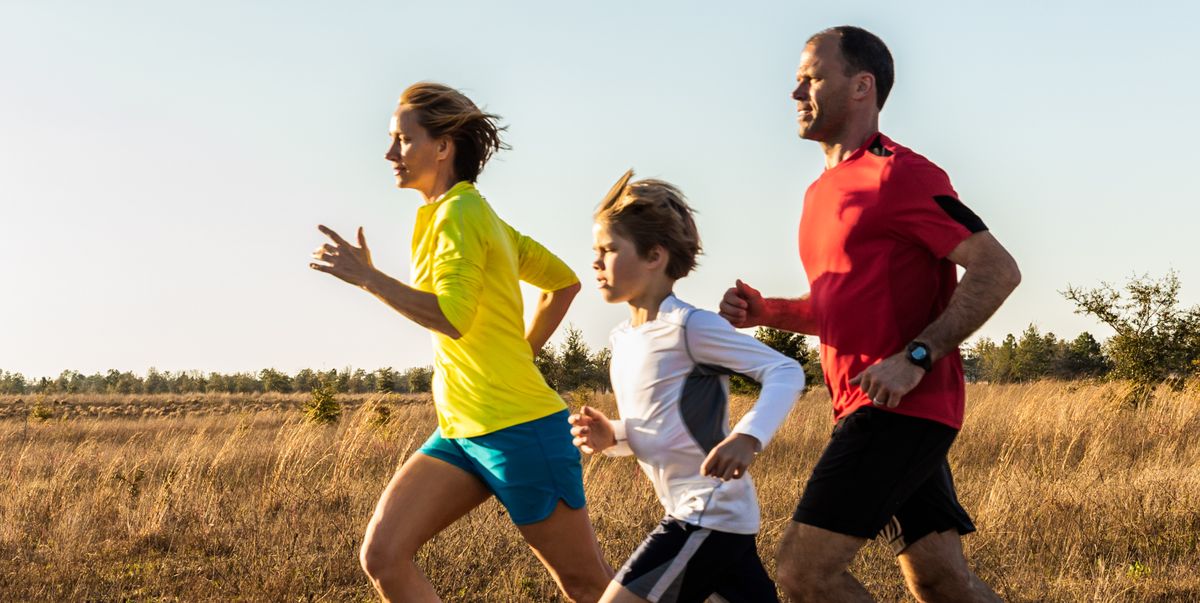 When news arrived in 2017 that 8-year-old Jordan Ramirez was itching to break his 12-year-old sister Blanca’s world record—the youngest person thought to run seven marathons on seven continents—the first thing we wondered was: “How does a parent get a kid to do that?” Most of us can’t even get them to do their homework or take out the trash.

The second thing we wondered was what kids, and their parents, need to know before embarking on such a grueling physical and psychological adventure.

For guidance, we spoke with Golden Harper, the founder of Altra Running, who ran his first marathon at age 10, and at 12 ran a 2:45 marathon—a still-unbeaten world’s best for that age. The bottom lines when it come to whether kids should run long distances: nurture, don’t impose; maintain the love of running; and protect your body.

Start with the right mechanics. In Harper’s family, there was a focus on “running like a Kenyan.” That involves starting out slowly, changing up your runs every day, running with a group when you can, and, perhaps most important, treading softly, to protect and strengthen your foot muscles. “We Americans crash down on the road, and they float,” Harper said.

If you have a kid who really wants to run, especially a young person whose body is still growing and changing, “the emphasis needs to be on teaching them how to make it sustainable for life, and how to protect themselves,” he said. (Harper, of course, notes the invaluable importance of getting the right shoes.)

If your kids are eager to run, support them. But don’t feel bad if you can’t entice them into joining you. Just keep focusing on school or other activities.

Harper comes from a family of serious runners, but his first motivation was a five-foot trophy that he craved by age 8; he wanted to run, and to win, from the start.

But his younger sister didn’t care for the sport and no one tried to make her. It wasn’t until high school, when she joined the track team just to be social, that she discovered her aptitude and appetite for running. “Two years later, she’s at the national championship race,” Harper said. She came to love it on her own. “In my opinion, pushing kids at all is pushing too hard. They just learn to hate it.”

Okay, it might stink to hold a world record at age 12 and have your little brother try to steal it from you, but in general it can be beneficial to have siblings who also run. Since Harper was the oldest, and the first to immerse himself in marathoning, his sister learned from him.

“She was able to avoid my mistakes and use the things that were successful for me,” he said. Sibling rivalry “can be very healthy if done right. When one family member was good, it enhanced the whole family.”

Once you’ve harnessed the power of sibling rivalry, it’s time for the whole family to work on their team spirit. The attitude to have, whether your family has a few kids or just one, is, as Harper explained, “Your win is our win.”

“I was my sister’s biggest cheerleader,” Harper said. “I was super stoked about her success.” This was second nature in Harper’s close-knit family. (They also owned a running store, which helps.) “For us, family always came first.”

It’s supposed to be the first rule of parenting—teach your children good behavior by modeling it—but many of us expect our kids to do things we’ve never done ourselves. Of course they may come to a love of running on their own, but one way to pique their interest is to show them a love of running yourself.

“My parents never encouraged me to run. I wanted to run because they did,” Harper said. “If it’s obvious that you’re passionate about something, there’s a good chance that your kids will want to do it, too.”

News reports say Jordan Ramirez sometimes carries an American flag with him to honor our military and first responder men and women—that’s part of his motivation for running. Harper says that’s key. For him, it was his family’s faith that kept his legs pumping. “You need a rock, something that keeps you grounded,” he said.

Everyone has an opinion, especially about the quality of other people’s parenting, and everyone has an outlet for their opinions these days. If your kid is running a marathon in any public way—chronicling it on Instagram or Facebook, or even being the subject of a news article—you’ll hear about it.

Some people will applaud you, but many will judge you and may even accuse you of “child abuse” for letting a very young person run that far. Make no mistake, Harper said: “You will be judged.” Figure out how to either insulate yourself or develop a strategy for responding.

With all of this insight, Harper still urges caution on longer distances. “One marathon a year is rough on an adult,” he says. So imagine how hard it is on a kid. If Harper's child were running a marathon, he’d says he’d tell her, “This is the one and only you’re going to do in a year.”

If kids really want to run, Harper said, “What you can do is help them prepare, support them, and learn to run safely, so that they can keep running marathons for the rest of their lives.”

One risk is overspecialization. Similar to adults, if young runners do nothing but sit except when running, they’re likely to get injured and not develop their full potential as runners. While kids, like their adult counterparts, can perform drills and strengthening exercises to counteract this, too much of this takes running away from the play it should be. Most argue that it’s better to have them active in a variety of physically demanding sports—soccer, basketball, lacrosse—from ages 6–12.

As in adult training, young runners can get injured if they progress too quickly or take inadequate rest between workouts and phases. (Note, however, that, also like adults, intensity is more likely to cause injury than easy miles.) More important than physical age is training age: A 16-year-old jumping from zero to 50 miles per week is more likely to get injured than a runner who started at 13 and built to that mileage at that age.

A study on overuse injuries and burnout in child athletes published in the June 2007 issue of Pediatrics points out, “Endurance athletic events (triathlons, marathons, and half marathons) are becoming more popular in the United States, and legitimate concerns have been raised for the safety of youth participating in these events.” The report concludes, “There is, at present, no scientific evidence that supports or refutes the safety of children who participate in marathons. There are no recorded data on injuries sustained by children who run marathons. … Ultimately, there is no reason to disallow participation of a young athlete in a properly run marathon as long as the athlete enjoys the activity and is asymptomatic.”

Tim Noakes, M.D., professor of exercise and sports science at the University of Cape Town, concurs, stating in his Lore of Running,“It is important to stress, however, that there is no evidence for any negative physiological effects of intensive training by itself in the prepubertal period.” He goes on to say, “There is no evidence that either children or adults can train themselves to the point where they suffer lasting physical impairment,” and, “Gifted young runners [6-to 10-year-olds], who choose to run these distances [excess of 8–10K] are at no greater risk of an unfavorable outcome or injury than are adults completing the same distances under the same environmental conditions.”

—Contributions from “Should Kids Run Long?” by Jonathan Beverly.