5 kitchen science experiments for kids of any age | BabyCenter 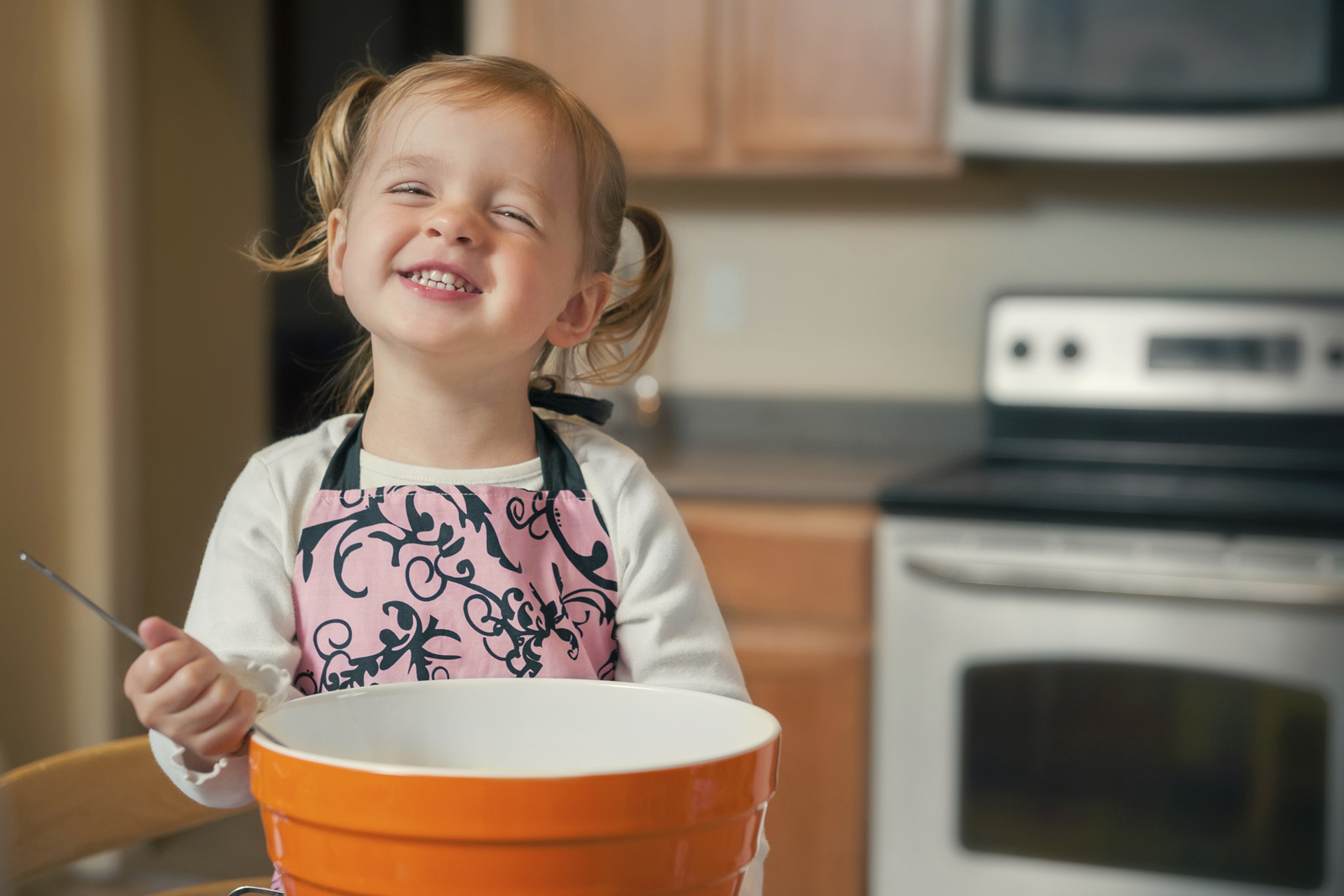 This project is based on the same concept as a baking soda volcano, but it’s much easier to do. Pour some vinegar into each plastic cup, filling it about a quarter- to half-full. Add a few drops of food coloring to each one, so you have several cups with different colors in them.

This experiment demonstrates how outside forces can work on a kitchen ingredient to turn it into something else. Heavy cream has lots of (delicious!) fat molecules. When you shake up the cream, the fat molecules get shaken up, too, and eventually clump together. When enough of them clump, you make butter! The leftover liquid is buttermilk, good for many uses.

Pour the whipping cream into the jar and screw the lid on. Shake the jar until butter forms, which takes about 20 minutes, so you may have to take over when the kids get tired!. As you continue shaking the buttermilk will separate, leaving a solid lump of butter and liquid buttermilk. Pour the butter and buttermilk through the sieve, saving the buttermilk in a bowl underneath. Then run cold water over the butter and pat dry. Wrap in plastic wrap, refrigerate, and use within a week, unless you’re going to freeze it to use later.

Making bread or rolls is an excellent way to learn about yeast. You can tell your kids that yeast is alive - it’s a single-celled organism that converts sugar and starch into carbon dioxide and alcohol. The carbon dioxide gas is what makes dough rise and it works best in a warm, moist environment, which is why you leave bread somewhere warm to rise. You can also make these rolls by hand, but it certainly goes faster and is less hard on your muscles to use a breadmaker!

Combine all ingredients in the breadmaker, in order. Close it and turn it to the “dough” setting. After the first “knead” cycle (about 10 minutes) check your dough. If it’s too dry, and you can see unmixed floud, add a little water. If it’s too liquidy and doesn’t look like smooth dough, add some more flour. Let it run for the rest of the cycle, about 90 minutes.

When it’s finished, dump the dough onto a lightly floured surface. Pull the dough apart into 12 equal balls and place them in muffin tins. Cover with a dishcloth and let the dough rise about 40 minutes (notice the yeast at work!), until it's puffy. Bake at 350°F for 20-25 minutes until brown. Cool and serve (and maybe add some homemade butter from the previous experiment!).

Eggs float instead of sinking to the bottom of a container of water in this experiment. Begin by putting 1 ½ c tap water in a cup and add your egg. Because the egg is more dense than the water, it will sink.

Now combine 1 ½ c water and ½ c salt in a saucepan and heat it, stirring, until the salt is dissolved. Pour this solution into the other cup and put the egg in. It should float, because the salt increased the density of the water. You can try this experiment several ways - vary the amount of salt in the solution and try again. Or try the experiment with hard-boiled eggs instead to see if that changes anything.