Kids Do Better on the Marshmallow Test When They Cooperate 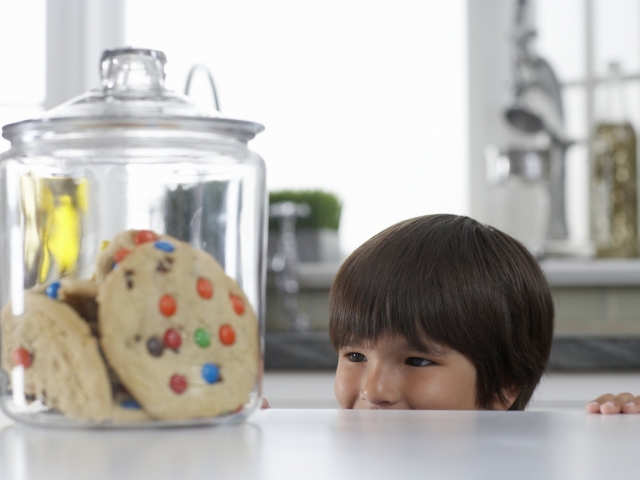 Imagine you’re a young child and a researcher offers you a marshmallow on a plate. But there’s a catch: If you can avoid eating the marshmallow for 10 minutes while no one is in the room, you will get a second marshmallow and be able to eat both. What would you do—eat the marshmallow or wait?

This is the premise of a famous study called “the marshmallow test,” conducted by Stanford University professor Walter Mischel in 1972. The experiment measured how well children could delay immediate gratification to receive greater rewards in the future—an ability that predicts success later in life. For example, Mischel found that preschoolers who could hold out longer before eating the marshmallow performed better academically, handled frustration better, and managed their stress more effectively as adolescents. They also had healthier relationships and better health 30 years later.

For a long time, people assumed that the ability to delay gratification had to do with the child’s personality and was, therefore, unchangeable. But more recent research suggests that social factors—like the reliability of the adults around them—influence how long they can resist temptation. (If children learn that people are not trustworthy or make promises they can’t keep, they may feel there is no incentive to hold out.)

Now, findings from a new study add to that science, suggesting that children can delay gratification longer when they are working together toward a common goal.

In the study, researchers replicated a version of the marshmallow experiment with 207 five- to six-year-old children from two very different cultures—Western, industrialized Germany and a small-scale farming community in Kenya (the Kikuyu). Kids were first introduced to another child and given a task to do together. Then, they were put in a room by themselves, presented with a cookie on a plate, and told they could eat it now or wait until the researcher returned and receive two cookies. (The researchers used cookies instead of marshmallows because cookies were more desirable treats to these kids.)

Some kids received the standard instructions. But others were told that they would get a second cookie only if they and the kid they’d met (who was in another room) were able to resist eating the first one. That meant if both cooperated, they’d both win.

Results showed that both German and Kikuyu kids who were cooperating were able to delay gratification longer than those who weren’t cooperating—even though they had a lower chance of receiving an extra cookie. Apparently, working toward a common goal was more effective than going it alone.

“For children, being in a cooperative context and knowing others rely on them boosts their motivation to invest effort in these kinds of tasks—even this early on in development,” says Sebastian Grueneisen, coauthor of the study.

Grueneisen says that the researchers don’t know why exactly cooperating helped. It could be that relying on a partner was just more fun and engaging to kids in some way, helping them to try harder. Or it could be that having an opportunity to help someone else motivated kids to hold out. Or perhaps feeling responsible for their partner and worrying about failing them mattered most.

Whatever the case, the results were the same for both cultures, even though the two cultures have different values around independence versus interdependence and very different parenting styles—the Kikuyu tend to be more collectivist and authoritarian, says Grueneisen. This points toward the possibility that cooperation is motivating to everyone.

“I would be careful about making a claim that this is a human universal. But our findings point in that direction, since they can’t be explained by culture-specific socialization,” he says.

This would be good news, as delaying gratification is important for society at large, says Grueneisen. Achieving many social goals requires us to be willing to forego short-term gain for long-term benefits. For example, preventing future climate devastation requires a populace that is willing to do with less and reduce their carbon footprint now.

Further testing is needed to see if setting up cooperative situations in other settings (like schools) might help kids resist temptations that keep them from succeeding—something that Grueneisen suspects could be the case, but hasn’t yet been studied. Or if emphasizing cooperation could motivate people to tackle social problems and work together toward a better future, that would be good to know, too.

“Cooperation is not just about material benefits; it has social value,” says Grueneisen. “In situations where individuals mutually rely on one another, they may be more willing to work harder in all kinds of social domains.”