Is Preschool Really Worth It? New Research Says Yes 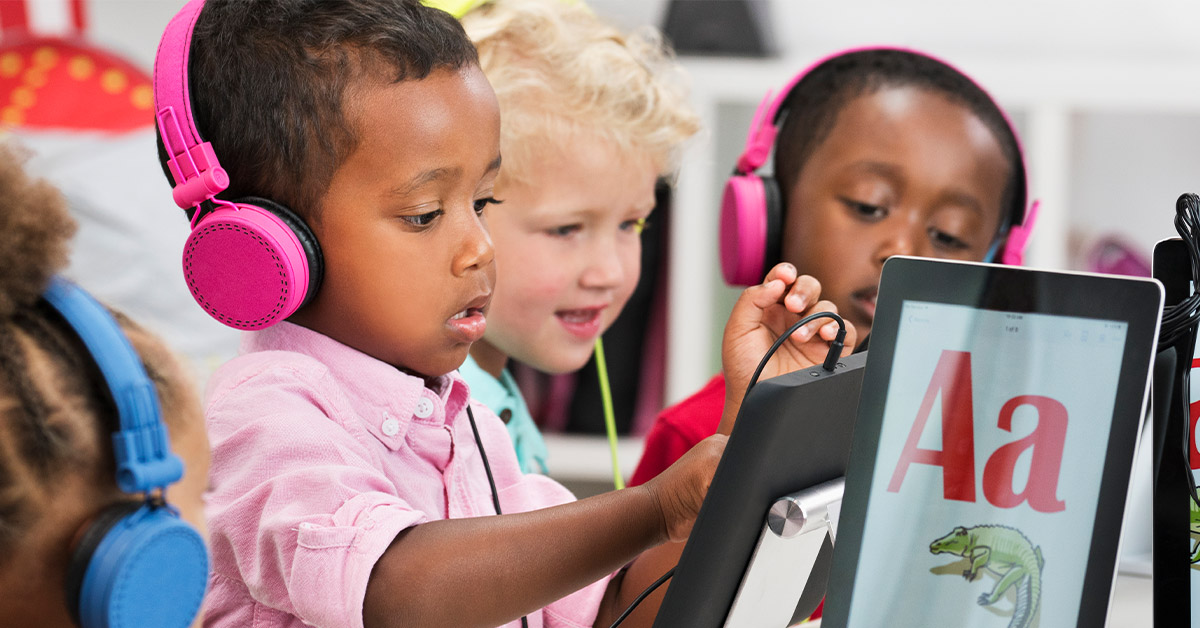 Attending preschool can provide advantages for children that last well beyond early education. Getty Images Children who attend quality preschools display greater self-regulatory behavior and academic skills than their counterparts who don’t attend preschool, according to new research. Benefits such increased vocabulary gained through socializing with other kids and a love for books can provide a leg up for children throughout their academic careers. Children attending preschools where teachers receive additional training can still show academic gains by as much as a quarter of a letter grade by the start of high school. With a new school year in full swing, parents of preschool-aged children may be asking themselves whether or attending preschool makes much a difference for young developing minds. After all, the costs can sometimes be high. Also, the children going into these programs are usually so young, it’s not hard to see why some parents might feel their kid could gain the same benefits from day care or staying at home. So, can attending preschool really make a difference in a child’s development? The answer, according to a new study released in the journal of Child Development, is yes — if the program is a quality one. The Chicago School Readiness Project (CSRP) is a longitudinal study spanning 10 years and tracking 466 low-income, racially and ethnically diverse 3- and 4-year-olds from preschool to the start of high school. About half the participants attended Head Start programs where teachers received professional development and coaching focused on positive discipline strategies and providing help in managing their own stress in the classroom. The other half attended traditional Head Start programs. The participants in those classrooms where teachers received additional training were still showing gains by as much as a quarter of a letter grade by the start high school. Researchers concluded that the training teachers received led to a more positive class environment that resulted in immediate results in student’s self-regulatory behavior and academic skills — benefits that continued for years down the line. However, the study notes that “the program’s effects on early self-regulatory skills did not predict improvements in executive function when the participants were in high school.” Nevertheless, it’s not the first study to produce similar results. In fact, The Perry Preschool Project of the 1960s also highlighted how preschools run by highly trained teachers could have lasting impacts on the students attending, particularly those from disadvantaged and at-risk backgrounds.

“Preschool has a lot of benefits,” said American Academy of Pediatrics (AAP) spokesperson P. Gail Williams, who is also a developmental-behavioral pediatrician “It helps youngsters learn how to socialize with other youngsters. How to get along, the give and take, that’s important.” She noted how this can also have lasting academic advantages. “We know kids learn in those early years through play, being a part of play situations in which they learn vocabulary as they play and learn from other kids,” she explained. She said the advantages of learning self-regulation and some of the basics, like a love for books, can come from preschool and provide a leg up to kids throughout their academic careers. It’s a stance Tara Phebus, executive director of the Nevada Institute for Children’s Research and Policy, agrees with. “Some of the most widely cited benefits to preschool include increased vocabulary and other pre-literacy skills as well as the development of pre-math skills like counting, sorting and recognizing patterns,” she said, noting this is in addition to the social and emotional benefits that occur.

Studies have found the impacts of preschool can be especially strong for children living in poverty — kids who might otherwise have additional challenges to face in the school years ahead. According to the AAP, poverty, race, and early trauma can all contribute to gaps in educational achievement. Addressing and preventing those gaps often starts with providing a quality early education program. “Early childhood education is beneficial for all children, but it is particularly important for underserved children who need that extra head start on learning before entering grade school,” explained Amy Nash-Kille, PhD, senior manager of research and evaluation at KinderCare. It’s for this reason that Williams supports the implementation of universal preschool programs. “I just think it could make such a difference for so many kids,” she explained, saying that the earlier we can reach the kids most in danger of falling behind, the greater impact we can make. “Obviously, that was the idea behind Head Start. And if we can implement that again, focusing on the quality of those programs, I think that would be such a tremendous help to so many preschoolers,” Williams said.

Choosing the right preschool for your child Nearly all the research that has been done in this area has shown that in order for kids to experience the lasting benefits of preschool, the teachers need to be highly trained in providing early childhood education. So what should parents be looking for when choosing a preschool program? “Parents should research the availability of high quality preschools in their area so that they know what to expect from the programs available,” Phebus advised. She explains that most states have a Quality Rating Improvement System (QRIS) that parents can utilize for identifying the local preschools with the highest ratings. Phebus says parents should ask about: assessments that are done in the classroom to monitor progress the education and experience levels of teachers and assistants where the staff has received training from, specifically pertaining to early childhood education “Be wary of those programs with a high turnover rate for teachers, as consistency within a classroom is critical for children to be able to develop those supportive relationships with teachers,” she says.

While most parents recognize the potential benefits of preschool, not all families can justify the cost. But there are options when money is a concern. “For children with developmental delays or with significant behavior problems above the age of three, the public school system is obligated through the IDEA Act to provide services,” Williams explained. That means if you have a child with special needs, you can contact your local school system for an evaluation and they may be entitled to a free preschool education. At KinderCare, Nash-Kille says, “We work with families to determine what type of financial support is available to them. Families may qualify for tuition assistance from a federal or state program or through their employer.” Phebus added, “For families that income qualify, Head Start programs are a great option as well as the state’s childcare subsidy program, which will allow families to select their own program and receive assistance in paying the tuition for the school of their choice.” Programs vary from state to state, so families will need to research the options available to them. “We want every child to have access to quality early childhood education, which is why we’re willing to take the time to work with parents to explore their options,” Nash-Kille said.